MARISOL ROSAS ​was 8 years old when her mother, Celia Bazua de Rosas, died from ovarian cancer in 1981. It was her mother’s second cancer diagnosis. She had been diagnosed with breast cancer at age 42, shortly after Rosas, her sixth and last child, was born. For Rosas and her brothers and sisters, who were all raised in Baja California, Mexico, “there was always a concern,” she says, “that this could happen to any of us.” ​

Then, in 1998, Rosas got a call from a cousin who had moved from Mexico to California. Her cousin explained that her doctor had told her about a new blood test that could look for signs of an increased risk for breast or ovarian cancer. Her test had come back positive. She was calling to tell Rosas that she and her siblings should get tested, too. 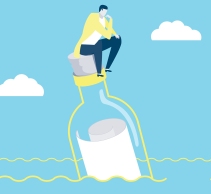 “Survivors Cast Adrift,” which was published in the Summer 2018 issue of Cancer Today.

I’m hoping to make it to Baltimore in May for Health Journalism 2019, the AHCJ’s annual conference, where the winners will receive their awards. 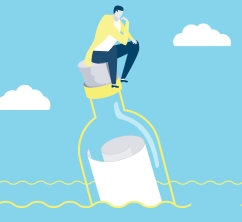 More than a decade after an Institute of Medicine report recommended the plans many cancer patients still don’t have them.

What happened? Read my article in the summer issue of Cancer Today.

With efforts underway to modify or repeal the Affordable Care Act (ACA), also known as Obamacare, many cancer patients have spoken out about how affordable health insurance kept them from financial ruin. Magnifying their voices are the surveys and studies that illustrate the devastating monetary toll a cancer diagnosis can bring. Researchers have attempted to capture this distress with the term “financial toxicity,” which places the effect of high treatment costs on quality of life on an equal footing with the toxicity of the treatments themselves.

I explore the ramifications of the costs of cancer treatment in the Winter 2017/2018 issue of Cancer Today.

When Candace Henley was diagnosed with colorectal cancer in June 2003, her fear was tempered by the knowledge that she had good health insurance through her job as a bus driver with the Chicago Transit Authority (CTA).

At the time, Henley was 36 and raising five daughters, ages 4 to 15, alone. She had pulled off the American dream: a single-family home with a backyard. “We had a great life,” she recalls. “We had great health insurance. [Everything] was as perfect as it could be.” Her problems began when she didn’t have enough savings to stay afloat financially after her cancer treatments left her unable to work.

Every family that faces cancer experiences the shock of learning that the disease is now at their doorstep. But once the diagnosis is made, paths can quickly diverge. The first fork in the road: whether you have health insurance and what type you have. The second: whether you have savings to cover deductibles and other out-of-pocket expenses.

For the Fall 2016 issue of Cancer Today, I spoke with epidemiologist Pam Marcus on why cancer screening can have risks.

As my article notes, the premise of cancer screening seems straightforward: Save lives by finding cancers before they start causing symptoms, when they are smaller and often easier to treat.

But as scientists have learned more about how tumors grow and spread, the road from cancer screening to saving lives has taken unexpected twists and turns. Some cancers spread to other parts of the body while still small. Others are so aggressive that finding them early doesn’t change the outcome. And still others might never need to be found, or treated, at all.

This doesn’t mean cancer screening has no value. But it does mean that potential benefits must be weighed against risks. Read the full Q&A.

Pain and cancer frequently go hand in hand. Studies suggest between 20 and 50 percent of cancer patients are experiencing pain at the time of their diagnosis. But while pain is common in cancer patients, it’s not always easy to treat. In fact, pain management can be one of the more challenging areas of cancer care. That’s why I decided to write about it for the spring issue of Cancer Today.

Pain is no gain for patients during or after cancer treatment.

In 2009, Mike Richardson was diagnosed with melanoma, an aggressive skin cancer, following removal of a suspicious-looking mole near his collarbone. He had surgery to remove the area around the mole, and all appeared well. But two years later, a biopsy of a swollen lymph node in his neck confirmed the cancer had returned. To corral the cancer, Mike had surgery to remove that node and others nearby, followed by radiation. That’s when the pain began.

“Mike started having general soreness,and then he started to have some pain,and then that pain began to become extreme,” recalls his wife, Eryn Richardson. “It was unbearable. He couldn’t sit or lay down. He would say ‘everything hurts.’ ” The pain would make the 40-mile drivefrom their home in Black Diamond, Alberta, Canada, to the Tom Baker Cancer Centre in Calgary seem even longer. Yet when her husband, who died in March 2013, told his oncologist about his discomfort, the physician had little to offer, Richardson says. “Her response was ‘just take some Tylenol or Advil,’ ” she says. “She didn’t seem concerned.”

But to those close to him, it was clear Mike was not doing well. After two months of chemotherapy, the 50-year-old had dropped 50 pounds, and his clothes hung on his 6-foot-plus frame. “He wasn’t the same person,” says Richardson. “He didn’t have a lot of go to him anymore and he didn’t have any drive. And he was frustrated because he didn’t feel his oncologist was taking his pain seriously. His complaints about pain didn’t seem to resonate with her.”

One day, following a routine appointment, a nurse handed Mike a pamphlet about support for cancer patients. Using a phone number on the pamphlet, he scheduled an appointment with a psychologist who had experience with melanoma patients. At the first meeting, the psychologist asked Mike to rate his pain on a scale of one to 10. “When Mike said eight,” says Richardson, “he was flabbergasted.”

The psychologist made an appointment for Mike at the pain clinic at the Tom Baker Cancer Centre for the following day. It took a few more weeks for the specialists there to get Mike on the right dose of the right medications. But after that, his pain was better managed. “He got his appetite back,” says Richardson, “and he began to feel more human.” Still, the Richardsons couldn’t help but wonder: Why had it taken nine months for Mike to get proper pain management?

Read the full article in the Spring 2016  Cancer Today.

Literary realist John Updike used the scaffold of his own life, including his lung cancer diagnosis, to explore the shared experiences of our time.

Many writers achieve fame. John Updike attained something more: As a novelist, short story writer, poet and critic, he conquered the literary world, becoming one of only three authors to win the Pulitzer Prize for Fiction not once, but twice.

Updike’s eye for detail emerged during his childhood in Shillington, Pennsylvania, a small town outside of Reading, itself about an hour’s drive from Philadelphia. Shillington was not a place of prominence. It mostly knew the day-to-day, the conversations that play out at work, with family or with oneself. There, Updike found an emotional frontier that he shaped into stories that spoke to millions around the world.

Coming to terms with feelings and emotions about weight gain and weight loss is often part of a cancer patient’s experience.

When Laura Walker was diagnosed with breast cancer in October 2012, how much she weighed was the furthest thing from her mind. She was more concerned about the side effects of chemotherapy, surgery and radiation. Then, a year after her mastectomy, Walker, a mother of four from West Columbia, Texas, went to see a plastic surgeon at the University of Texas M. D. Anderson Cancer Center in Houston to discuss her breast reconstruction. The surgeon didn’t ask Walker to undress or take a look at her scar. “Just looking at me, she knew I was too big,” she says.

It was January 2014. Walker was 41 years old and weighed 328 pounds. Her body mass index (BMI) was 53. She had been overweight for more than a decade. To have surgery, she learned, her BMI would have to be 35 or less. “I didn’t even know what BMI was,” says Walker. “I was just living my life. I was happy. I gave no thought to what I was eating or what I weighed.” That would need to change. Her body was carrying a 100-pound obstacle that stood between her and a new right breast.

Read the rest of the article, which I wrote for the winter 2015/2016 issue of Cancer Today.

During the past five years, oncologists have reported an uptick in cancer patients with brain metastases—and it’s not clear why. I explored the impact of this development in my feature story “Breaking the Blood-Brain Barrier” in the Fall 2015 issue of Cancer Today.

As the calendar turned to September 2014, Leslie Falduto was feeling at the top of her game. The cancer survivor was running six miles, three days a week. Her oncologist had recently told her she was doing great. And at work, Falduto, a registered nurse, was returning to her favorite post, the neonatal intensive care unit.

Talking about her diagnosis of stage III breast cancer in September 2008 still made her feel anxious. But in the world of cancer, five-year survival is one of those measures that is supposed to make you think, OK, maybe now I can pop the champagne. And Falduto, a mother of two from St. Paul, Texas, has passed that marker the year before.

But on Sept. 7, when she went to leave the neonatal unit, an odd thing happened. “I couldn’t remember how to open a door,” recalls Falduto, 38. After that, “I couldn’t remember how to walk.” Her right leg started shaking uncontrollably. Then, she passed out. When she awoke, Falduto was in the emergency room, where she was told she’d had a seizure. A neurosurgeon requested an MRI. The scan revealed a tumor the size of a pingpong ball—metastasized breast cancer–deep in her brain.

On Thursday, the California state Senate passed a measure that would give terminally ill patients the legal right to end their lives with a doctor’s assistance. The measure now heads to the Assembly.

Only three U.S. states—Oregon, Vermont and Washington—have laws that allow doctors to give mentally competent, terminally ill adults a prescription medication that ca

n hasten their death. California is one of about two dozen states where lawmakers are considering similar legislation.

In many ways, this legislative activity is a direct result of the advocacy efforts of Brittany Maynard. After Maynard received a devastating cancer diagnosis, she and her family worked closely with the Colorado-based organization Compassion & Choices to publicize her decision to end her own life, on her own terms. This effort included the release of a six-minute video in which Maynard explained why she had moved from California to Oregon to take advantage of that state’s Death With Dignity Act. That video, along with a guest column for CNN and a People magazine cover story, captured the nation’s attention.

My article, “The Ways We Approach Death” in the Spring 2015 issue of Cancer Today uses the stories of Maynard and MTV star Danielle Michelle “Diem” Brown, another hard-charging young woman facing cancer, to explore the difficult decisions we all will face at the end of life. You can read the entire article here.